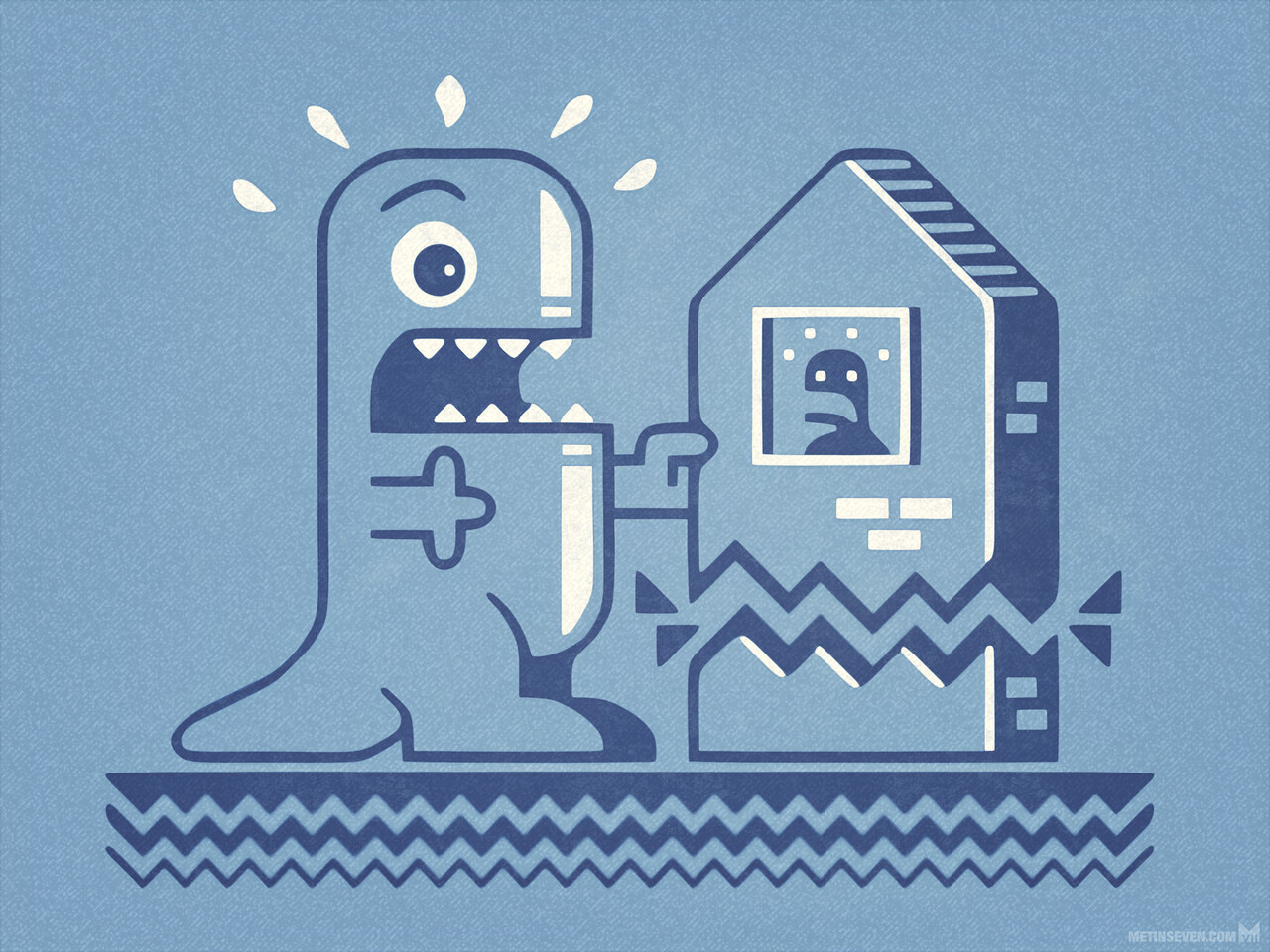 Whenever I get the chance I love to take a break from 3D work and get back to the 2D canvas. I've been experimenting with minimalistic graphic illustration style variations. Below are some examples, hope you like it. 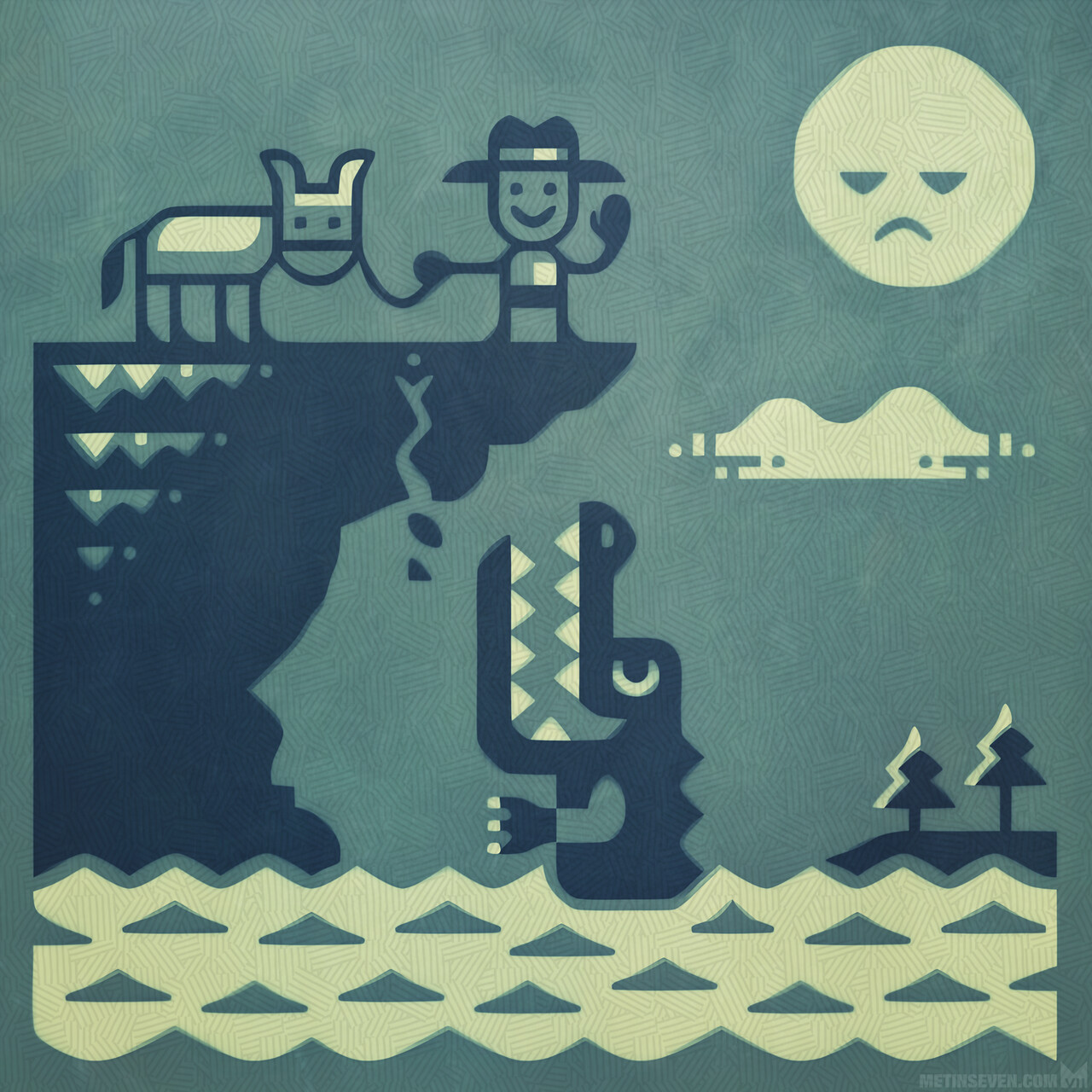 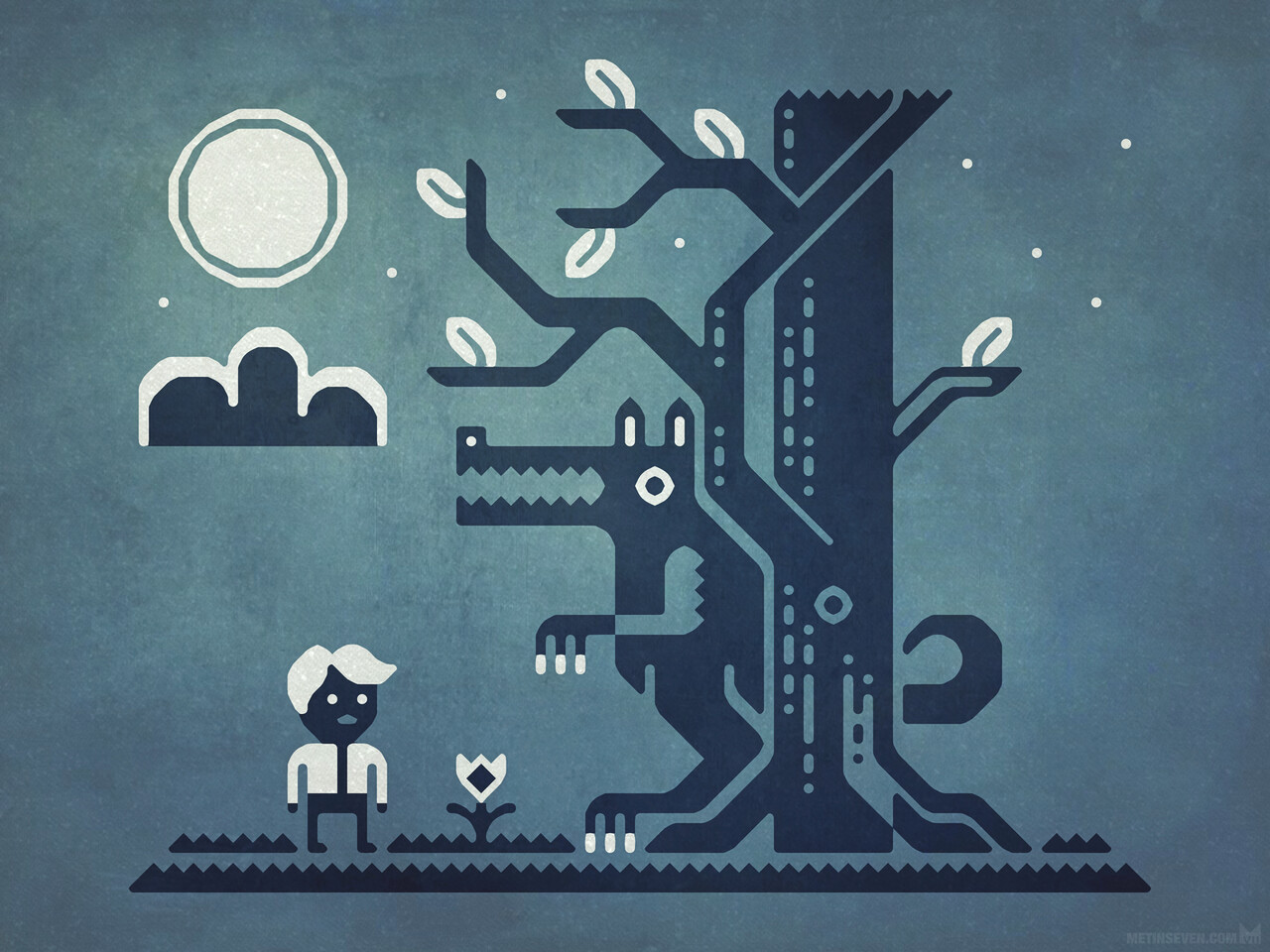 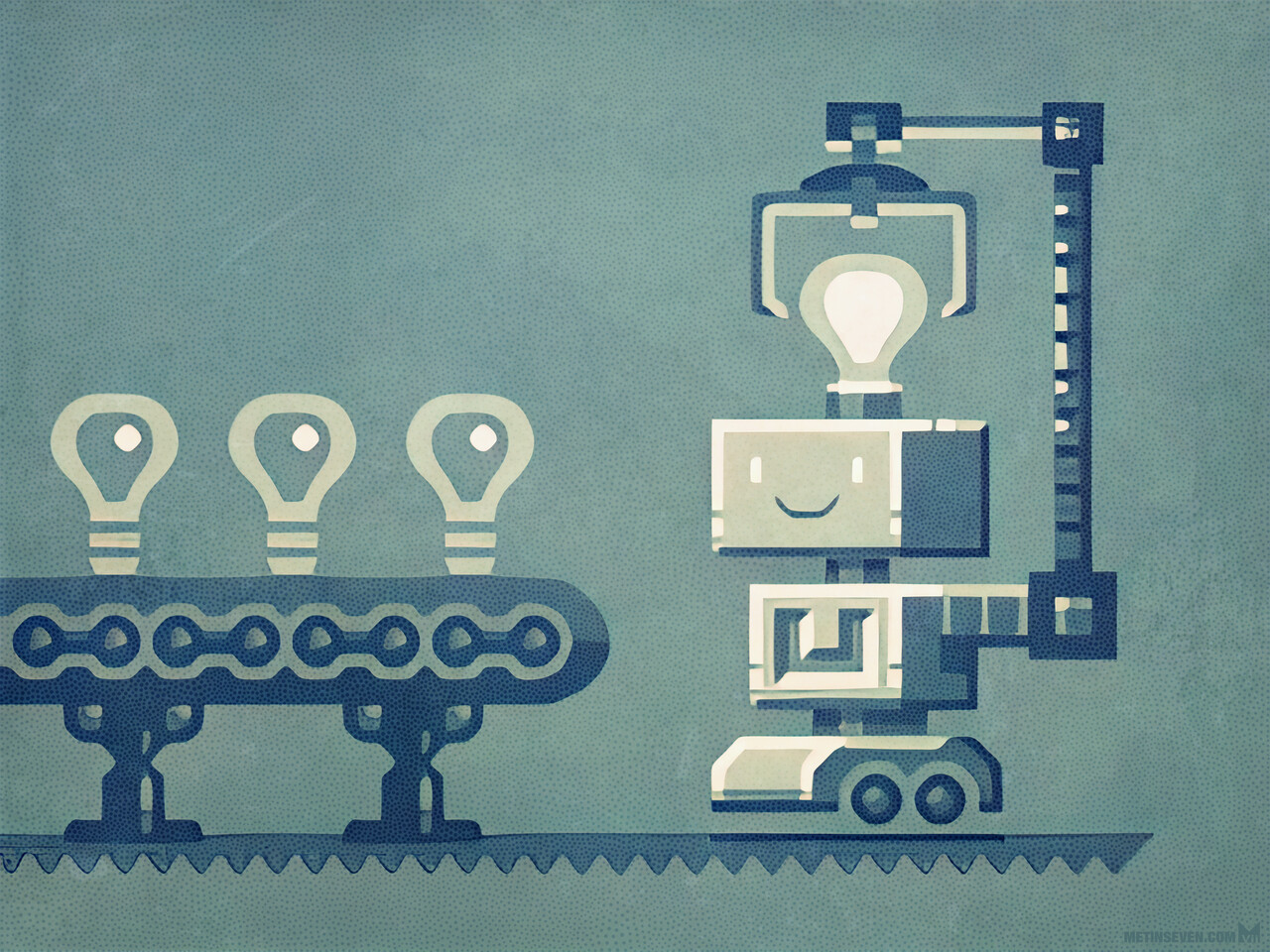 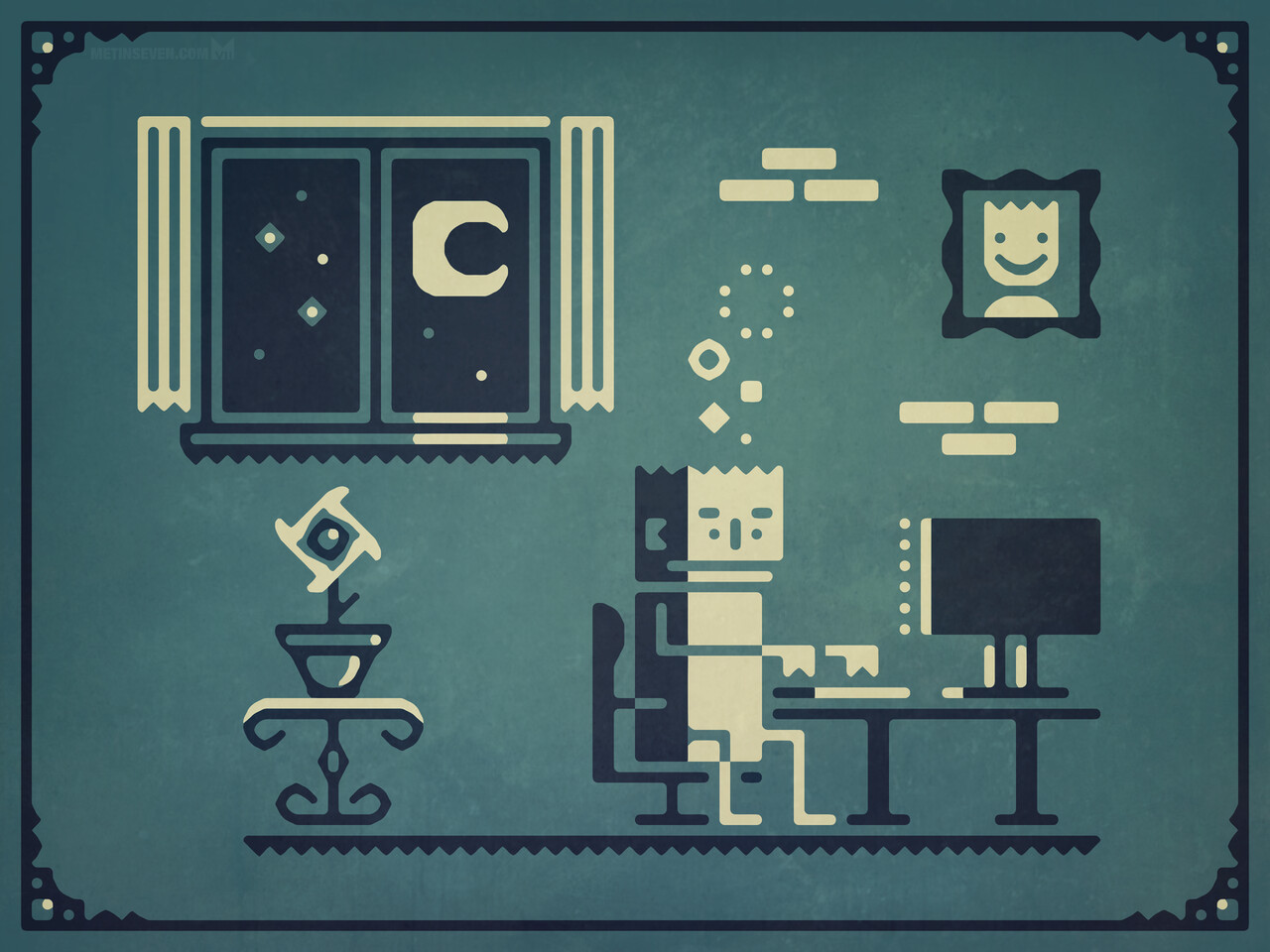 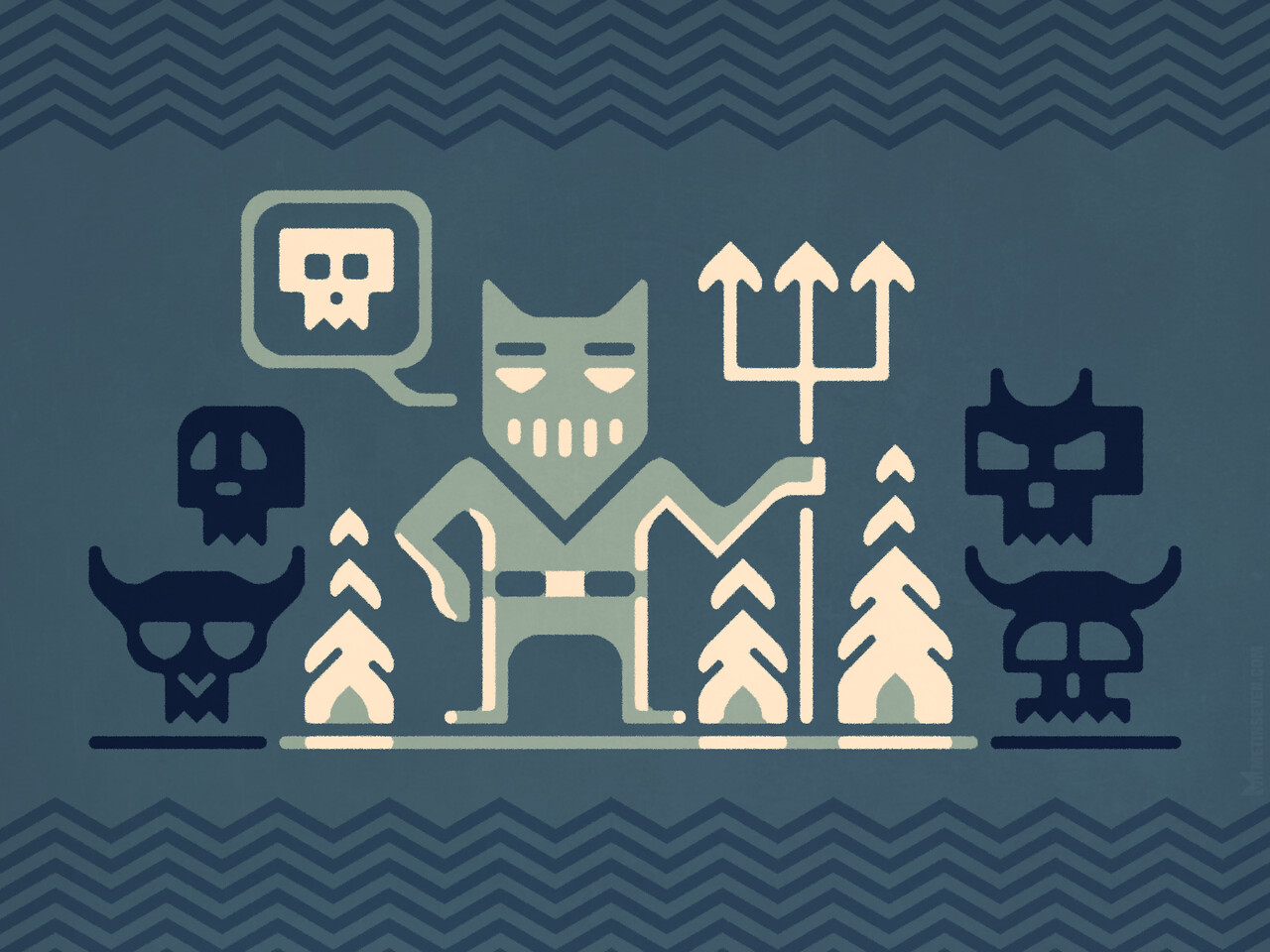 Once upon a time, many moons ago, I was a designer of commercial 16-bit games for the Commodore Amiga, CD32 console, MS-DOS, Windows and more systems.

For about ten years I had the pleasure of working together with the talented Assembly / C++ coder Reinier van Vliet, and the virtuosic music composer Ramon Braumuller. We started as a team called EAR (Electronic Audio Recordings), aiming to produce music for computer games using a selfmade chiptune music editor called SIDmon, referring to the legendary SID audio chip of the Commodore 64 computer.

Reinier and I traveled to the Personal Computer World (PCW) Show in London in the late 1980s to offer our services to publishers like Ocean, Elite and Hewson, but we soon realized that publishers were looking for developers of complete games, not just music. So we started creating complete games by the name of Soft Eyes (a.k.a. 'Softeyes'), which later changed into Team Hoi, after our game Hoi became an international hit.

We were among the very first game developers in the Netherlands. When we formed our team in the late 1980s, we were still high school students. There were no game production companies in Holland yet, there was no game development education, and no internet or search engines yet. We had to learn our skills from books and by analyzing existing games. In order to make a game run smoothly, computers like the Commodore range required developers to fully take over the system in order to fully utilize the limited hardware capacity. When you did that, you could not make use of existing libraries or other digital resources, but had to create everything from scratch yourself. This included a disk loader, protection against illegal copying, the game engine, a custom level editor, a complete custom font in order to display text and scores, all of the code, all graphics and animation, all music and sound effects, and so on. We used our self-made music editors (SIDmon and Digital Mugician) for chiptunes featuring generated synth sounds, to make the soundtrack fit in the small amount of available RAM.

Our small game development team in the late 1980s. 🙂 From left to right: Metin (graphics and game design), Ramon (music and sound effects) and Reinier (coding and game design).

In those pre-internet days, games were internationally distributed on tangible media such as diskettes, packaged in boxes, and sold in physical stores. Among our publishers was the legendary Thalamus, British publisher of the classic Commodore 64 games Armalyte, Creatures, Delta, Quedex and Sanxion. Thalamus published three of our productions: the shoot 'em up game Venom Wing, the platform game Borobodur, and our second music editor Digital Mugician. Our boyhood dream came true.

As the gaming world was still relatively rough, uncharted territory, it was like the Wild West when it came to finding a reliable publisher. Because of this, we unfortunately never received royalties for two of our internationally published games (Hoi and Clockwiser). Reading positive reviews of our games in major UK and US magazines like The One, Amiga World, Amiga Format, CU Amiga, Amiga Mania, The Games Machine and Zzap 64 / Amiga was a consolation though.

In the Soft Eyes period, our team included a fourth partner: the coder Pieter Opdam. After the first Soft Eyes games were published, Pieter emigrated to the UK to work on the first Worms game for the publisher Team 17.

During the Soft Eyes period Reinier, Ramon and I were also active in the Amiga demo scene as members of the Digital Force International (DFI), and created a range of music demos featuring whimsical a cappella raps that became widely known among Amiga users around the world.

Celebrating the birthday of our music composer Ramon, who received a T-shirt from our demo scene friends The Jungle Command (TJC). Team Hoi is on the left side of the photo: our temporary fourth member Pieter Opdam (far left), Ramon (with the T-shirt in his hands), Reinier (next to Pieter, above Ramon) and Metin (next to Ramon, with the whitish blouse). Also in the photo are Ron Klaren (a.k.a. Master Blaster), who later made the soundtrack of the Battle Squadron game, and Mark Langerak (far right), who would become the creator of an Amiga game called The Plague, and subsequently moved to the US to start working for the game publisher Microprose.

In the early 1990s I created various graphics for another Dutch game development pioneer, called Radarsoft. Projects I worked on for Radarsoft include a Philips video wall for the Firato Audio & Video fair in the Dutch RAI complex, and Sleutelpositie (Key position), a custom-made MS-DOS game for a company.

Our game Venom Wing (a.k.a. Venomwing) was first named Hawkwind, but our publisher Thalamus asked us to change that title, because there was already a Metal band named Hawkwind. 🤘😁

The Hawkwind intro picture, before we had to change the game title to Venom Wing.

In 1990, around the start of Hoi's creation, I wrote and roughly sketched a lot of Hoi game situation concepts on large paper notepad pages using a ballpen. Below is a collage from those notepad pages, including never-realized ideas, such as a split-screen two-player mode.

Our game Hoi would first be published by the US-based publisher Innerprise Software, formerly known as Discovery Software International, famous for the classic Amiga games Hybris, Battle Squadron and Sword of Sodan. When Hoi was about 60 percent finished, Innerprise Software asked us to send them the latest version of the game, for internal evaluation and testing purposes. About three weeks later the Hoi version we sent to Innerprise turned out to have been leaked to the Amiga hacker Fairlight, and was rapidly being copied by Amiga users around the world. We cancelled our agreement with Innerprise and found a new publisher, also in the US: Hollyware Entertainment, formerly known as MicroIllusions, publisher of The Faery Tale Adventure and Music-X.

As Hoi features a psychedelic final level with lots of bright, flashy effects, Hoi became the world's first ever game that came with an epilepsy warning on the box.

The Hoi box backside, featuring the world's first epilepsy warning that came with a game.

On Sunday October 4th 1992, a friend called me to inform me of a review of our Hoi game in the August issue of the popular British game magazine The One, featuring an overall score of 90 percent. Excited as I was about that, I took the train to Amsterdam Central Station, the only nearby location where I could buy the magazine on a Sunday back then. During the trip I saw an incredible amount of distant flashing lights from the train window. That evening I saw on the television news that an Israeli airplane had crashed into an apartment building in a suburb of Amsterdam called the Bijlmer, killing 43 people in an explosion and large fire not far from my train route.

In 1992 Team Hoi created a custom game to be used in a Calvé peanut-butter television commercial, introducing two novelties in the Netherlands: it was the first commercial with a duration of 75 seconds (instead of the usual 20 seconds) and the first commercial featuring a custom-made computer game.

Following the commercial the game was played by kids in the most popular Dutch children's matinee of that time: Telekids. Those who managed to complete the game won their height in stacked jars of Calvé peanut-butter. A little girl who starred in the commercial would later become a well-known Dutch actress and presenter: Lieke van Lexmond. The Calvé commercial was her debut.

Scene from the Peanutbutter Power Game commercial, featuring the debut of the Dutch actress and presenter Lieke van Lexmond.

In early 1993 Team Hoi released the first two demonstrations in the world for the new AGA Amiga computers (Advanced Graphics Architecture), titled Planet Groove and Mindwarp, as parts of a demo trilogy called the Hoi sAGA. The demos were widely copied around the world, and much-used in computer stores to showcase the new Amigas.

In 1993, when it had become clear that Hollyware would not pay royalties for our game Hoi, we decided to release a Hoi remix as freeware for the new AGA Amiga computers (Advanced Graphics Architecture), featuring some minor cosmetic improvements and a GUI for the Amiga's Workbench OS.

In 1993 two major publishers were interested in our puzzle game Clockwiser: Psygnosis (publisher of the Shadow of the Beast games) and Rainbow Arts (publisher of the Turrican games). Reinier and I traveled to both companies: Psygnosis in Liverpool, UK, and Rainbow Arts in Germany. But both companies demanded an MS-DOS conversion, while Reinier only knew how to code in the Amiga Assembly language. Rainbow Arts even supplied a temporary development PC, but it didn't work out. Ironically, in the end, a friend of ours — Peter Schaap — realized an MS-DOS and Windows 3.1 version for the final Clockwiser publisher Rasputin Software, who turned out not to pay our royalties.

The temporary development PC that was supplied by Rainbow Arts was moved to my place when Reinier decided not to continue MS-DOS development of Clockwiser, so I could try the enhanced MS-DOS version of Deluxe Paint II before we would return the PC. But while working with the PC, a loud bang suddenly occurred. The PC's power supply turned out to have exploded. We joked that my Amiga didn't allow a PC to be connected to the same power strip, and we had to carefully explain to Rainbow Arts that their PC had exploded. 😅

After Clockwiser Team Hoi started working on an unofficial sequel to Hoi, called Moon Child. It would be targeted at the AGA Amiga range, making use of its Advanced Graphics Architecture. A demo version featuring a first level preview of Moon Child for the AGA Amigas was released in 1994, but in that same year Commodore went bankrupt, forming dark clouds above the future of the Amiga. Due our last two publishers not paying royalties, we also couldn't afford to continue working on the game without finding a source of income.

In 1995 Reinier and Metin from Team Hoi agreed with the Dutch Valkieser media company to start a semi-independent game development division there (hiring Ramon as a freelancer for music and sound). There we decided to restart Moon Child development for Windows 95/98, increasing the game's resolution from 320 x 256 pixels to 640 x 480 pixels.

The final Moon Child Windows game was published in 1997, but was only officially released in the Netherlands, because the publishing department of Valkieser had to quit due to a radical corporate reorganization.

Screenshots from the never-finished AGA Amiga version of Moon Child, featuring the Hoi character as an automated sidekick

Below you can find more info about our games, including free download links.

Team Hoi interviewed on national television in the Netherlands (around 1992)

How to prepare objects for 3D printing in Blender 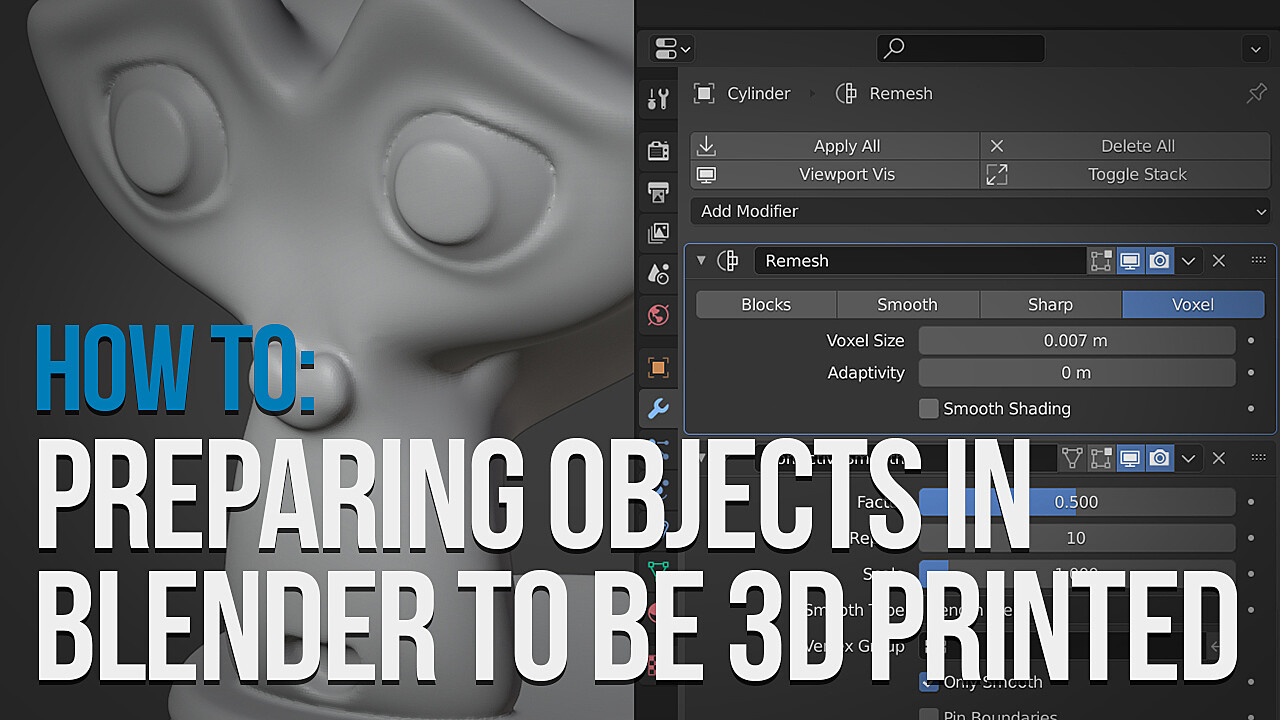 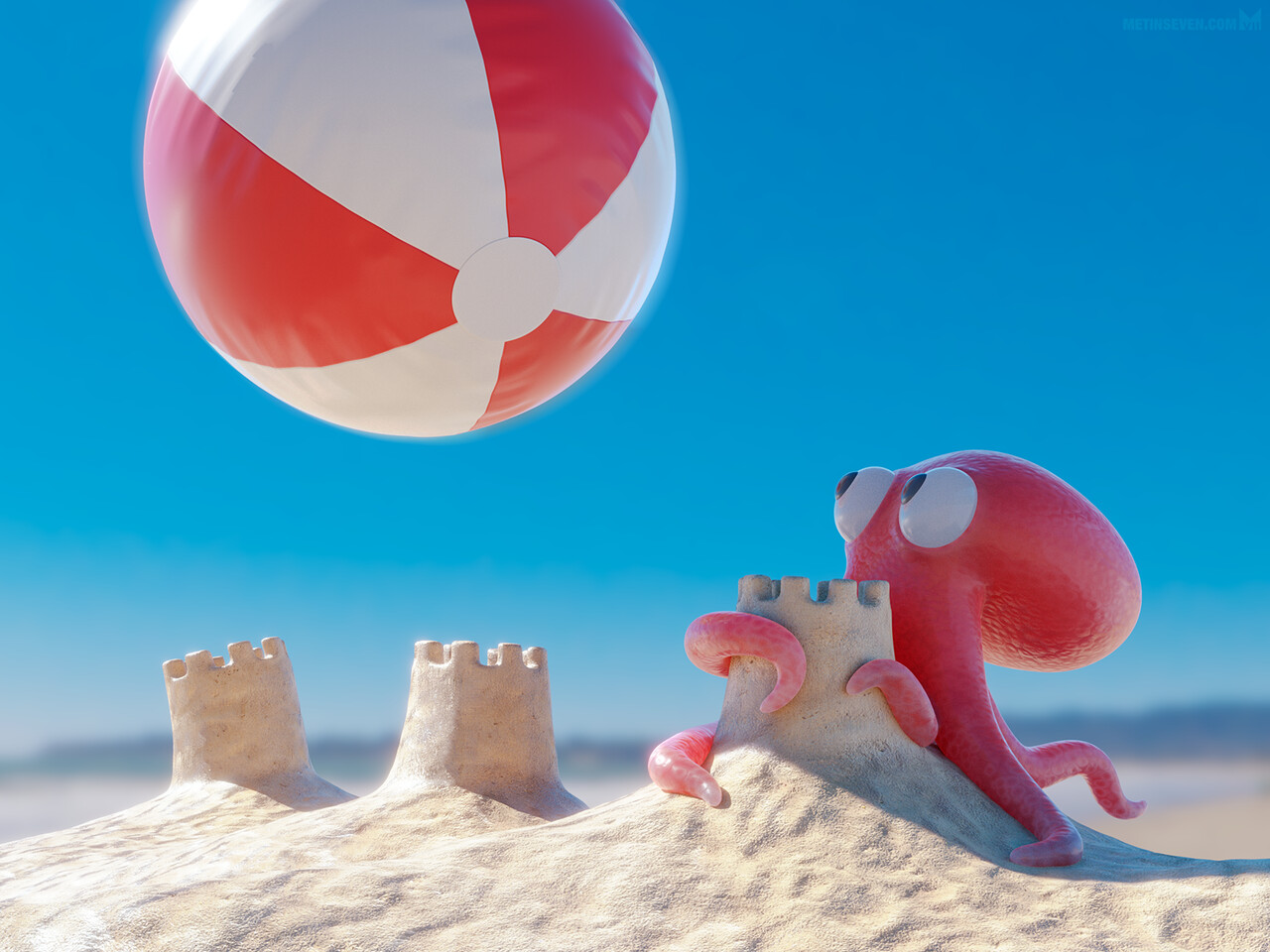